"The Reasonable Man seeks to adapt himself to the world.

The Unreasonable Man seeks to force the world to adapt to himself.

Therefore, "all change" depends on the Unreasonable Man."

A great quote! George Bernard Shaw was such an interesting man.

In a comedic way, he addressed many problems of Society in his time, but he strongly believed the working class was badly exploited overall by various abuses.

He was very verbal in a number of subjects such as education, class privilege, marriage, religion and government to name a few, and he worked to further certain causes.

An activist and devout Socialist, he said what he wanted to say through his writings and was awarded a Nobel Prize for his many literary contributions.

His noteable quotes are many. This is another favorite.

"A life spent making mistakes is not only more honorable, but more useful than a life spent doing nothing."

Join in and write your own page! It's easy to do. How? Simply click here to return to Inspirations You Live By. 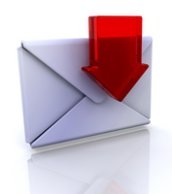