The White-House-Chef
Believes in Healthy Families

Christeta-Comerford, the Executive White-House-Chef shares the same beliefs as does First Lady Michelle Obama of the United States.

The newly established garden was started in March 2009, since Mrs. Obama expressed expressed her desire to promote healthy eating habits, not just for her own family, but in the interests of gardening opportunities for communities as well.

This was welcomed news to the Public, and ground was broken with the help of twenty-five students invited to the South Lawn to participate..

The kids were provided with an assortment of shovels and additional gardening tools to aid them in digging.

They were praised for their efforts, and heavily encouraged to eat fruits and vegetables whenever they had the chance. Another Chef at the White House, Bill Yosses, who makes the pastry, provided sugar cookies made in the shape of shovels. The children were also treated to apples and apple cider. Cool!

This white-house-garden will be big. Over 1,000 square feet actually.

An assortment of vegetables, herbs and berries consisting
of rhubarb, carrots, lettuce, fennel, squash, cucumbers and
peppers to name a few, will be planted. They may even have
a beehive as well.

They plan to compost (of course) and use whatever organic
resources available.

All staff, including the Obama family, will be expected to
participate in making the garden successful.


Mrs. Comerford, the Executive White-House-Chef is well prepared to handle the responsibilities and demands of her job.

She arrived from the Phillipines at a young age, and worked
at numerous hotels and restaurants as a Chef. She spent a
a short time in Vienna, and later was recruited by the then
Executive-Chef at the White House in 1995.

She was appointed by Laura Bush as Executive-Chef after the
resignation of Walter Scheib. She is actually the first
female-executive to hold this job.

Impressed by their similar beliefs in healthy foods, the new
Administration announced that Mrs. Comerford would remain
as Head White-House-Chef. She, along with other White House
cook staffers will use the white-house-garden produce to not
only prepare dishes for the First Family and for official
functions, but of much of the garden produce will be given
to a nearby soup kitchen as well. 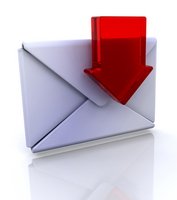